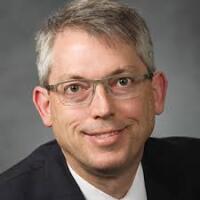 Larry L Howell is an Associate Academic Vice President and Professor at Brigham Young University (BYU). Prof. Howell received his B.S. degree from BYU and M.S. and Ph.D. degrees from Purdue University. Prior to joining BYU in 1994 he was a visiting professor at Purdue University, a finite element analysis consultant for Engineering Methods, Inc., and an engineer on the design of the YF-22 (the prototype for the U.S. Air Force F-22 Raptor). He is a Fellow of ASME, past chair of the ASME Mechanisms & Robotics Committee, and has been associate editor for the Journal of Mechanisms & Robotics and the Journal of Mechanical Design. He is the recipient of the ASME Machine Design Award, ASME Mechanisms & Robotics Award, Theodore von Kármán Fellowship, NSF Career Award, Purdue Outstanding Mechanical Engineer (alumni award), and the BYU Karl G. Maeser Distinguished Lecturer Award (BYU’s highest faculty award).

Prof. Howell’s research focuses on compliant mechanisms, including origami-inspired mechanisms, space mechanisms, microelectromechanical systems, and medical devices. He is the co-editor of the Handbook of Compliant Mechanisms and the author of Compliant Mechanisms which are published in both English and Chinese. His lab’s work has also been reported in popular venues such as Newsweek, Scientific American, Popular Science, and the PBS documentary program NOVA.​

More from this author
data-content-type="article" 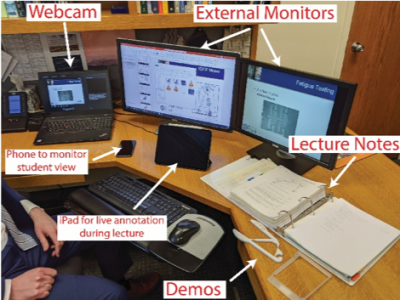 A Case Study of a Novice Preparing an Online Lecture